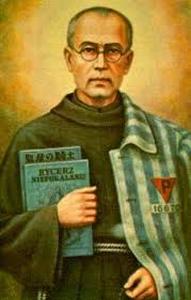 To Do:  Read this from Wikipedia Saint Maximilian Maria Kolbe, O.F.M. Conv., (Polish: Maksymilian Maria Kolbe; 8 January 1894 – 14 August 1941) was a Polish Conventual Franciscan friar, who volunteered to die in place of a stranger in the Nazi German concentration camp of Auschwitz, located in German-occupied Poland during World War II.

He was canonized on 10 October 1982 by Pope John Paul II, and declared a martyr of charity. He is the patron saint of drug addicts, political prisoners, families, journalists, prisoners, and the pro-life movement.[3] Pope John Paul II declared him "The Patron Saint of Our Difficult Century".[4]

Due to his efforts to promote Consecration and entrustment to Mary, he is known as the Apostle of Consecration to Mary.[

Visit the National Shrine of St. Maximilian Kolbe to pray and learn more about him at Marytown. https://marytown.com/  It is near Chicago.

To Pray: The rosary, since he has such great devotion to Mary or his Consecration Prayer to Mary:
By St. Maximilian Kolbe

O Immaculate, Queen of Heaven and earth, refuge of sinners and our most loving Mother, God has willed to entrust the entire order of mercy to you. I, (name), a repentant sinner, cast myself at your feet, humbly imploring you to take me with all that I am and have, wholly to yourself as your possession and property. Please make of me, of all my powers of soul and body, of my whole life, death and eternity, whatever most pleases you.

If it pleases you, use all that I am and have without reserve, wholly to accomplish what was said of you: “She will crush your head,” and “You alone have destroyed all heresies in the whole world. ” Let me be a fit instrument in your immaculate and merciful hands for introducing and increasing your glory to the maximum in all the many strayed and indifferent souls, and thus help extend as far as possible the blessed kingdom of the most Sacred Heart of Jesus. For wherever you enter, you obtain the grace of conversion and growth in holiness, since it is through your hands that all graces come to us from the most Sacred Heart of Jesus.

V. Allow me to praise you, O sacred Virgin
R. Give me strength against your enemies 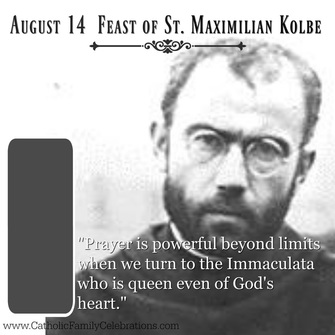